No fans = no point

To hold the Ryder Cup this coming September without the pubic being present would be like Tiger Woods and Phil Mickelson at the 2018 match in Paris: totally pointless. American golf’s most celebrated duo were a cumulative nada from six attempts at Le Golf National, which was nice for Thomas Bjorn and his merry men. But there is nothing good about the idea of this year’s renewal at Whistling Straits being played sans fans.

It is apparent that discussions have occurred between the two governing bodies involved in organising the match, the PGA of America and the European Tour, which envisage just such a scenario on account of the coronavirus pandemic. Tournament golf on the PGA Tour is scheduled to resume in six weeks’ time with no spectators being admitted. If that can happen safely, and without prejudicing the medical concerns of frontline health workers and others more deserving of assistance than professional golfers, there will be a lot of us grateful to watch some competitive live golf – heck, pretty much any live sport – once again. But the Ryder Cup is far from being a regular golf tournament.

In a recent interview with Golf Digest, Bernard Gallacher, a three-time European captain, said: “Financially, the European Tour needs tournaments to be played this year…especially the Ryder Cup, even if it means playing behind closed doors.” But last week the present European captain, Padraig Harrington, said: “The general feeling is that nobody wants to play behind closed doors. It wouldn’t be a normal Ryder Cup. For me and Steve [Stricker, his American counterpart], neither of us would like a situation where the fans don’t turn up.” 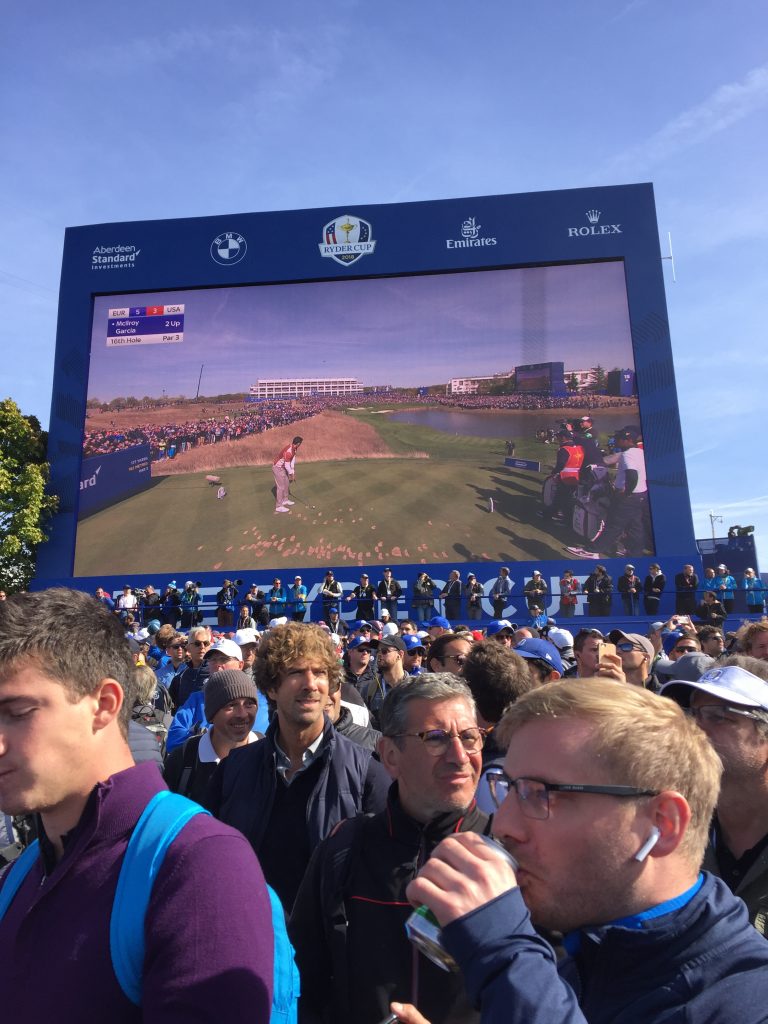 Rory McIlroy said: “Having a Ryder Cup without fans is not a Ryder Cup. There’d be no atmosphere. I would much rather they delay it until 2021 than play it without fans – and that’s from a European going to America knowing that I’m going to get abuse.” Miguel Ballesteros, son of the man who probably did more than anyone else to turn the modern Ryder Cup into a meaningful sporting event and the enormous money-spinner it has become, earlier this week ‘liked’ a tweet which simply said: “A Ryder Cup without fans is the worst thing I’ve ever heard.”

Indeed. The fans are the reason the players want to play in the Ryder Cup. They don’t get paid. What they’re in it for is that, once every two years, they get an adrenalin-fuelled sporting experience similar to a footballer stepping out in a Champions League final; an NFL player competing in the Super Bowl. That is the allure for the players.

For the PGA of America and the European Tour, on the other hand, this isn’t about glory. It’s about money, as Bernard Gallacher observed. This year’s match would ordinarily be expected to be a huge financial boon for the PGA of America, but the European Tour would also receive revenues from television deals, commercial partnerships, merchandising and the like. And it is reasonable to figure that the Tour would much prefer the next match in Europe, in Rome, to be staged in 2022 rather than wait until 2023. The Tour has already had to furlough staff.

Remember, the matches used to be in odd-numbered years until the horrors of 9/11 meant the 2001 Ryder Cup became the Ryder Cup of 2002. As I have noted before, if that latter scenario were to occur again, the centenary anniversary of the Ryder Cup would end up being celebrated somewhere in Europe in 2027.

We should know the score soon enough. I hope it doesn’t end up being pointless.