USPGA Championship: Its dark non-black past

The 102nd staging of the USPGA Championship will get underway at Harding Park in San Francisco on Thursday, just the third time it has been held in California since 1962. Not that it was held in California that year, although it was originally scheduled to be.

The plan had been for that season’s PGA to be played at Brentwood Country Club in Lod Angeles. But in May 1961, the PGA of America withdrew the tournament from the state for the following summer after the California Attorney General, Stanley Mosk, ruled that one of the clauses relating to membership of the Professional Golfers Association was unlawful – a clause which restricted membership to “professional golfers of the Caucasian race, residing in North or South America”. Mosk also pointed out that it was wrong that a golfer with the record of Charlie Sifford (pictured on the home page) could not participate because he was black. Edwin Carter, the tournament chairman, explained Sifford could not participate because he was not a member of the PGA. All very racist and rather eerily reminiscent of the Joseph Heller novel Catch-22, at the heart of which is an irresolvable dilemma, which was coincidentally published in 1961. 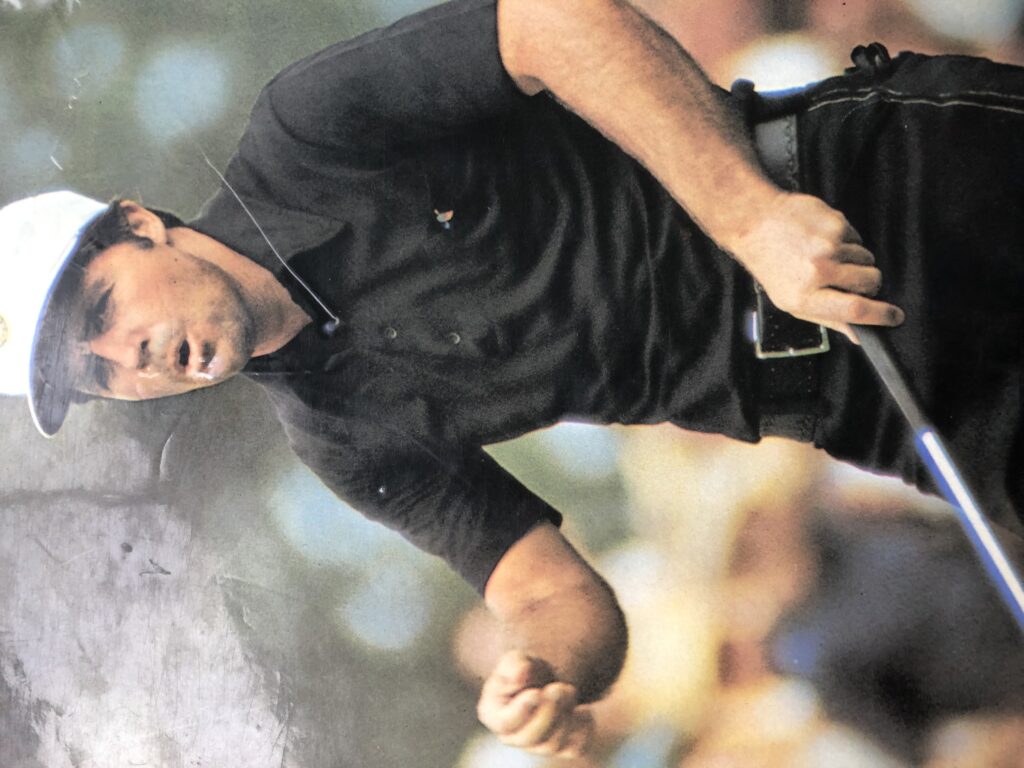 Gary Player in his prime, albeit this was in victory at Augusta in 1974 rather than at Aronimink in 1962

Issues of racial inequality are very much to the fore in the United States right now. The Black Lives Matter movement has grown in authority, even as regards mere sport. For example, the Washington Redskins NFL team is going to be rebranded in due course but for the forthcoming season it will be known simply as the Washington Football Team. There has been stuff in golf, too. Last month, the PGA of America renamed the Horton Smith Award so that it has become the Professional Development Award. Smith won two of the first three Masters Tournaments and was president of the PGA of America from 1952-4. He was also a defender of the Caucasian-only clause, which per the organisation’s press release, “was regrettably included in the PGA Bylaws from 1934-61”.

You will thus note that the PGA of America had taken steps to eradicate this particular stain from its culture before the 1962 USPGA Championship was held, at Aronimink in Pennsylvania. The winner was Gary Player. Just to emphasize that point: a tournament that had to be shifted because of a racist clause in the PGA of America’s constitution was won by a white man from South Africa, a country which was at the time governed under the system of apartheid; won by a man who, just like Charlie Sifford, was not a member of the Professional Golfers Association of America and, unlike Sifford, did not reside in North or South America. Even Joseph Heller wouldn’t have made it up.

Gary Player won the USPGA once more, in 1972. He had been runner-up three years before then, losing by one shot in Ohio during a week in which anti-apartheid protesters regularly barracked him on the course. One spectator threw a cup of ice in his face. “What have I ever done to you?” Player asked. And of course he could not be blamed for the policies of his country’s government. With hindsight, though, there is a savage twist in the surname of the man who beat him. He was Raymond Floyd.